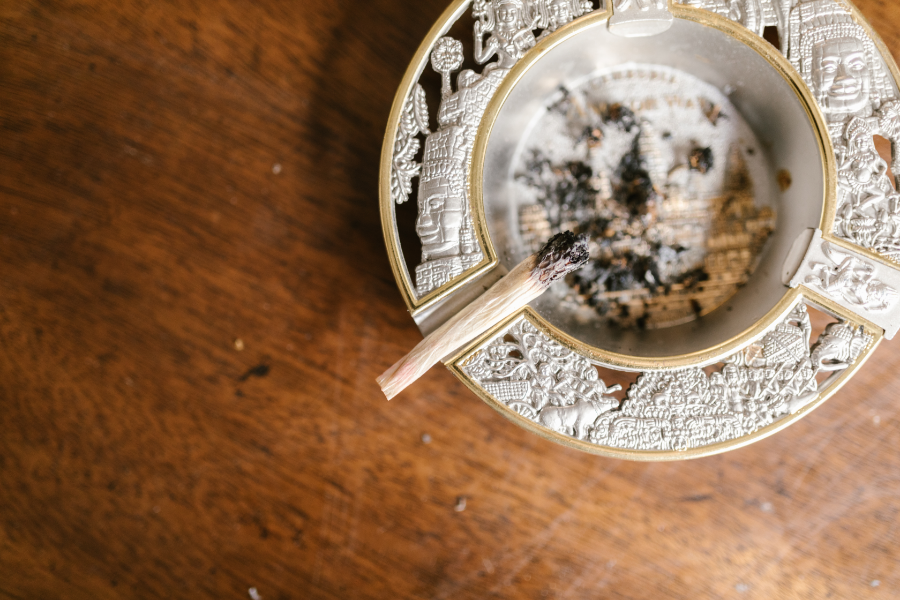 This entry was posted in Addiction on August 27, 2021 by Benjamin Hogan.
TwitterFacebookLinkedInEmailMessengerPinterest

As marijuana becomes more widely legalized and subsequently more socially acceptable, it seems that the dangers of the drug are becoming less and less of a concern to both smokers and non-smokers alike. But that doesn’t mean that there is no cause for concern when it comes to marijuana use. While there may be no severe withdrawal symptoms or potential for overdose, the drug can still be addictive. It still can cause health issues in certain people, particularly if they are smoking laced marijuana.

It’s not as common as some other drugs, but marijuana laced with other dangerous substances is out there. Cutting agents include fentanyl, embalming fluid, laundry detergent, and even glass. While these substances are dangerous or even deadly, smoking any kind of laced marijuana is a big risk.

Let’s take a look at some of the substances that marijuana might be laced with. Some cutting agents you’ve likely heard of before, while others may shock you.

Recently, there has been a rise in fentanyl-laced weed1 in North America. This powerful opioid is extremely dangerous. Many people have heard of in news stories about tragic, fatal overdoses. Signs of an overdose include pinpoint pupils, respiratory depression, inability to stay awake or speak, and a limp body.

Methamphetamine is a powerful stimulant that is highly addictive and potentially deadly. The combination of marijuana and meth is common, and the two can amplify each other’s effects. Symptoms of meth-laced weed might include extreme paranoia, hyperactivity, and psychotic symptoms. You might have a hard time identifying it, but if the marijuana has an unusual chemical odor, you should refrain from using it.

Cocaine and marijuana are not uncommon combinations of psychoactive substances. The two have opposite effects, and when paired together, it creates a unique reaction. Mixing stimulants and depressants is obviously a dangerous decision, and if you consume this mixture unwittingly, it can be even more dangerous.

LSD is a powerful hallucinogen that most often comes in liquid form and is highly potent. Simply touching a minimal amount of the substance can cause psychoactive effects, which can last for up to 12 hours. However, you’re unlikely to be exposed to LSD this way, since by smoking the marijuana you would burn away the LSD.

Anesthesiologists use ketamine for medical purposes, but club-goers also take it for its stimulant and dissociative effects. When combined with marijuana, it can be even more potent and dangerous. Overdose symptoms include nausea, vomiting, seizures, and paralysis.

Also known as “smoking wet,” the combination of PCP, marijuana, and embalming fluid is a well-documented and hazardous way of getting high. PCP is a hallucinogenic dissociative that can cause tremendous distortions in one’s perception of reality. Other effects include aggressive behavior, confusion, delusions, violence, and suicide.

Other Harmful Additives in Laced Marijuana

Laced marijuana does not always contain another drug in it. Instead, dealers may cut marijuana with several other dangerous substances, including laundry detergent (to make the marijuana heavier and enhance the smell), glass (to add weight and make the marijuana look more appealing), fungus, and bacteria (introduced accidentally during the growing process). You can also find heavy metals2 (the result of specific growing methods) in each batch of marijuana. Needless to say, all of these substances are very hazardous to consume.

What Can Happen If You Smoke Laced Marijuana?

There are various reasons why smoking laced marijuana is dangerous. When you don’t know what you’re putting into your body, you could suffer an overdose, allergic reaction, or potentially deadly toxic effects. Not only that, but you may have a profoundly unpleasant experience if you’re only expecting the high from marijuana and you accidentally take something else. Furthermore, you may have an unpleasant experience if you’re expecting to get high and accidentally take another substance.

If you or someone you love has an issue with marijuana abuse, contact Clear Life Recovery today to speak with one of our representatives about substance abuse treatment options.